​​A Tradition of Excellence 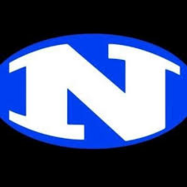 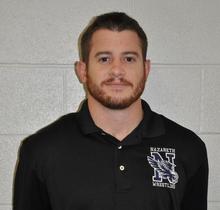 Luke is entering his 3rd year on the Nazareth Wrestling Staff.  Luke is a 2012 graduate of Catasauqua High School.  While at Catty, he amassed a 107-31 career record and was a 3-time District XI Placwinner, a Regional Champion, & became Catasauqua's first wrestler to win 40 bouts in a season.  Luke continued his education at East Stroudsburg University where he graduated with a Bachelors Degree in social studies with honors.  He is currently an associate teacher at Nazareth High School.  Luke also has served on the Nazareth Football Coaching Staff the past two seasons.  Before coming to Nazareth, he was a wrestling coach at Catasauqua for the past five years.  Also of interest, Luke was enlisted in the military in 2012 where his career ended with the rank of Corporal. 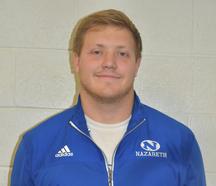 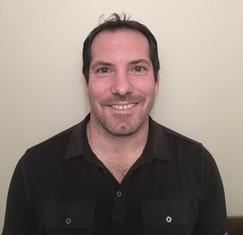 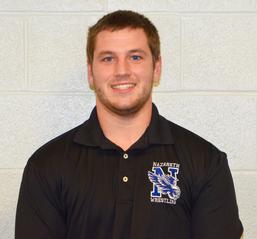 Nicolino Sevi enters his 5th year on the Blue Eagles Staff.  Sevi is a 2014 graduate of Nazareth Area High School.  An outstanding wrestler throughout his high school career, Nic truly came into his own during his senior season.  His achievements as a senior include:  season record of 45-4; Beast of the East place winner, District & Regional Champion; Most Falls in least time at Districts; PIAA Third Place Finisher (won 6 straight matches after losing in first round); Express-Times & Morning Call First Team Selection. Last season, he was instrumental in preparing Travis Stefanik for his incredible state championship run.  Nic is currently working in the construction industry. 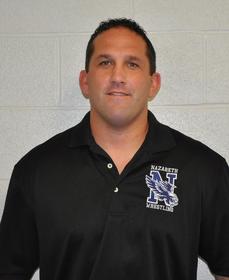 ​Steve begins his 5th year on the Nazareth coaching staff with a wealth of knowledge as well as coaching experience.  Klass graduated from Wilson Area High School in 1993, where he wrestled for Coach Crowell as a Senior.  That year, he completed his career as a PIAA State Runner-up & NHSCA National Runner-Up.  After an outstanding career at Bucknell University, Klass returned to his alma mater to not only teach but to be an assistant under Dave Crowell at Wilson.  He remained as assistant coach at Wilson for 7 years.  Steve then moved on to Seton Hall Prep in New Jersey where he was a teacher & coach.  Steve moved on to Paramus High School where he was head coach for ten years as well as a teacher.  He currently continues to teach biology, anatomy, & sports medicine at Paramus High School in New Jersey.​​

Entering his 11th year coaching at Nazareth, Joe is a 2003 graduate of Nazareth Area High School where he was a four -year starter.  He was a 2003 District XI Champion, 2002 Bethlehem Holiday Classic Runner-up, and a 2002 PIAA State 6th place finisher.  Joe compiled 103 career victories and was named District XI Wrestling's Scholar Athlete in 2003.  He went on to wrestle at Shippensburg University where he was a Division II National Qualifier.  Joe recently graduated from East Stroudsburg University with a  Bachelors Degree in Secondary Education Social Studies.  He is currently teaching 9th & 11th grade English at Northampton High School.  Joe and his wife Sara reside in Bethlehem.

State Firsts: Currently the only wrestling coach in Pennsylvania wrestling history to accomplish the following:

- Coach at least one PIAA State Champion at 3 different schools

-  Be voted State Coach of the Year 7 different times

-  Be voted State Coach of the Year at 3 different schools

​Coaching Beyond the Victory: "Transforming Sports. Transcending Lives" provides individualized seminars, clinics, and consultations for coaches & clinics/training for athletes as well as coaching seminars for coaches of all sports. 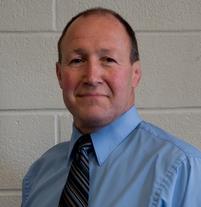